Download from all famous filehosts for just 4 bucks!
Your IP is never revealed to any of the filehosts, your connection with LinkSnappy is Encrypted.
Sounds too good to be true? Get a 50GB free trial. Can't recommend them Enough!

Jewel Match Atlantis Solitaire 2 Collector's Edition [FINAL]|190 mb
Return to the amazing undersea world of Atlantis Solitaire for a new adventure! Embark on a journey across more than 600 (!) oceanic levels and restore 10 magnificent seascapes to their former glory.

Overcome obstacles like locks, chains, seaweed, and more to collect the precious treasures in each level. Take quests and unlock beautiful fish to populate the ocean. Solve the brand new supersize and challenge levels as you explore the mesmerizing underwater world.

Unravel 24 solitaire variants, including classic solitaires like Klondike, Spider or Freecell, and new variations such as Gretchen, The Tudors or Rose Garden. Play 100 levels of a fully-featured Mahjong game. Enjoy a soothing ethereal soundtrack and scour each level for emeralds to rebuild the majestic Atlantis palaces. Your undersea journey awaits in wonderful Jewel Match Atlantis Solitaire 2!
This is a special

full of exclusive extras you won't find in the standard.

WORLDWIDE EXCLUSIVE!!! THANKS TO VELOCITY

Rescue Friends Solitaire [FINAL]|101 mb
Play the card game - classic solitaire, lots of tri peaks card layouts for free! Become a professional playing Tripeaks Solitaire! Immerse yourself into a colorful world, meet funny animals, help forest spirits in the fight against an unknown disease, save the forest from death!
Complete exciting solitaire levels in the new colorful game Forest Rescue Solitaire (Three Peaks, Pyramid, Klondike, Spider and Solitaire)!
Test your skills, use the abilities of characters, wild cards, score combo points that will help you play solitaire levels.
If all you need is to relax, try this exciting new card game!
You can play this offline solitaire game for free without internet connection and wi-fi. All that you need is your desire to help animals save the Tree of Life! Try it now for free!
For many, many years, many troubles have occurred on the lands of the Tree of Life. Fires, floods, volcanic eruptions, but the fox Luan was able to save the forests from all these misfortunes. However, nature is changeable. This time a dark, viscous disease escaped from the bowels of the earth. It began to spread around the earth's faults, poisoning everything it touches. The soil began to dry out and lose its fertile properties, the trees began to rot and deplete. All the lands around the Tree suffered from this disease. The spirits guarding individual areas of the forest cannot cope with this disaster themselves. The life-giving sap of the Tree of Life is not enough to heal the plants. Only Luan is able to prevent the death of all life on these lands. And not only him...

What awaits you in this game:
- Hundreds of solitaire levels of varying difficulty, from easy to hardest!
- Funny and cute characters who will love to become your friends!
- Save the Tree of Life from an unknown disease!
- Vivid graphics and stunning locations!
- Many different bonuses and helpers in the game!
- Challenge yourself by overcoming various obstacles!
- An exciting story that will not leave anyone indifferent!

Modern Art 10 [FINAL]|263 mb
Painting has never been easier! No stress of picking up colours. Just relax and enjoy! Choose from a variety of super fun images and follow the numbers to bring them to life.

- 85 amazing pictures
- Get hours of relaxation and fun!

Pipe Mania
Pipe Mania is a fast-paced puzzle game in which players lay down a set of pipes on a tiled grid in order to keep the Flooze - a constant flowing substance that speeds up with progression - moving through the pipes as long as possible without overflowing. Players must be fast with their fingers and utilize quick forward thinking, precise coordination, and keen awareness to survive the time constraints, pressure and accuracy needed to navigate the game.Puzzle fans of all ages will enjoy hours of brain-teasing fun as they race against time in the infectious series of quests and puzzles filled with quirky characters, a humorous storyline and updated gameplay. The original version of Pipe Mania was released in 1989 and followed by Pipe Dreams in 1991. It has been ranked as one of the most popular and successful puzzle games in history, selling more than 4 million units worldwide.

One fine morning, Ral, Mindy, AJ, and Jing go to play badminton when an evil being appears and kidnaps Mindy. Things seem pretty grim until a mysterious, old man named Lao Pi materializes and offers Ral an enchanted badminton racquet. He explains that the racquet can deflect any attack back at an enemy but cannot do direct damage by itself. Determined to rescue his friend, Ral embarks on a journey which will take him from the clouds in the sky to the depths of Hades.

Navigate through intense, heart pounding traps and obstacles. Discover new and interesting ways to defeat your enemies. Meet a crazy cast of characters including a hockey player who thinks he is a god, a lacrosse player running an insane asylum, and a basketball player who turns his trophy into an actual wife. Experience a storyline that pokes fun of sports figures, video games, and pop culture in general. Most importantly, become the greatest warrior of all time... a badminton warrior!

2D action platforming with a unique game mechanic. You can clear, drive, and smash projectiles at your enemies, but your racquet cannot harm anything by itself.
Simple controls (just a swing and a jump button).
Traps and puzzles that require quick thinking and reflexes to overcome.
Sports themed levels with a variety of oddball enemies.

Solve 108 unique puzzles in 9 elegant locations in different corners of the royal castle.

More than 4 hours of gameplay, atmospheric music, magnificent trophies and full immersion in a world of royal puzzles.

There Was A Dream [FINAL]

There Was A Dream [FINAL]|1538 mb
Dreams are attacked by the Entity and the Xari alien race tries to preserve their integrity by educating the chosen one of each planet. Join the fight for your dream in this colorful open world game. An ever-expanding main story, which will lead you to take part in missions with ever-changing gameplay. Go through dreams, exploring, fighting and doing the many side activities.

Discover a story that will take you on missions with always challenging mechanics and gameplay.
Venture into a vast and vibrant world and explore seas, hills, and mountains
Your behavior changes the game world from dream to nightmare and vice versa

A vast inventory with items to craft, use and trade
Cities and villages with shops and activities, along with a lot of places to explore
Upgrade your character and learn new amazing skills
Work for DreamPol by rescuing people from the Entity, rank up and get upgrades for your watergun
Day and night cycle with climate events
Customize your look, with thousands of combinations of clothes, colors and stamps
Customize and train your horse
Customize your tent with a lot of useful tools and services
Fight against monsters and amazing bosses
Take part in activities such as crafting, fishing, hunting, and farming. Drive cars, sail with boats, ride and train your horse, and more.

Super Collapse! Puzzle Gallery 3| 9 mb
Tackle 300 all-new puzzle challenges in this sequel to the hit brain-bender! Can you remove all the blocks from the screen in the fewest possible moves? The hint power-up is still on hand to help, but only those with strategic sense and careful clicks will be labeled a Puzzle Genius. Inspired by one of the most popular puzzlers of all time, the original game of colored blocks and fast clicks is now the ultimate break for your brain. Exercise your mental muscle today! 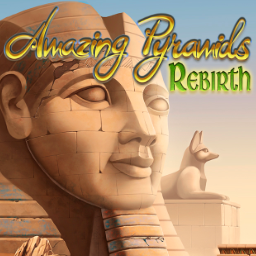 Amazing Pyramids 2: Rebirth
After 10 years, Amazing Pyramids delivers a new set of amazing word puzzles set in ancient cities! In Amazing Pyramids: Rebirth, lead a group of scientists through a scorching-hot word adventure in the Saharan desert! Keep your wits about you to stay one step ahead of the blistering sun. Find clever solutions to puzzles and be rewarded with gold and artifacts that will help you uncover the mysteries hidden in the sand!

CARSTEROIDS [FINAL]|131 mb
Carsteroids is a challenging top-down shooter set in a dark future:
In the past, humanity colonized the asteroids to extract resources. Now, that place is a set for a violent car-combat game show, where all the pilots and the fighters gather to find their fortune.

GAME MODES:
Story
Select a car and blast your way through 15 randomly generated stages and beat the 3 champions that awaits you. Multiply your score to earn money and power-up your vehicle in the shop. Face each pilot's final stage and complete their unique mission.
Arcade
A quick action arcade ladder of 20 waves to beat alone or co-op. Select your power-up after each wave and challenge the huge Spider-Tank!
Versus
One ball, two cars, two force fields. A one-on-one fight between two combat cars trying to drive a ball towards the opponent’s force field. Play versus a friend or the CPU. Please don't rage quit.